Metamorphosis: A change in silhouette and scenery 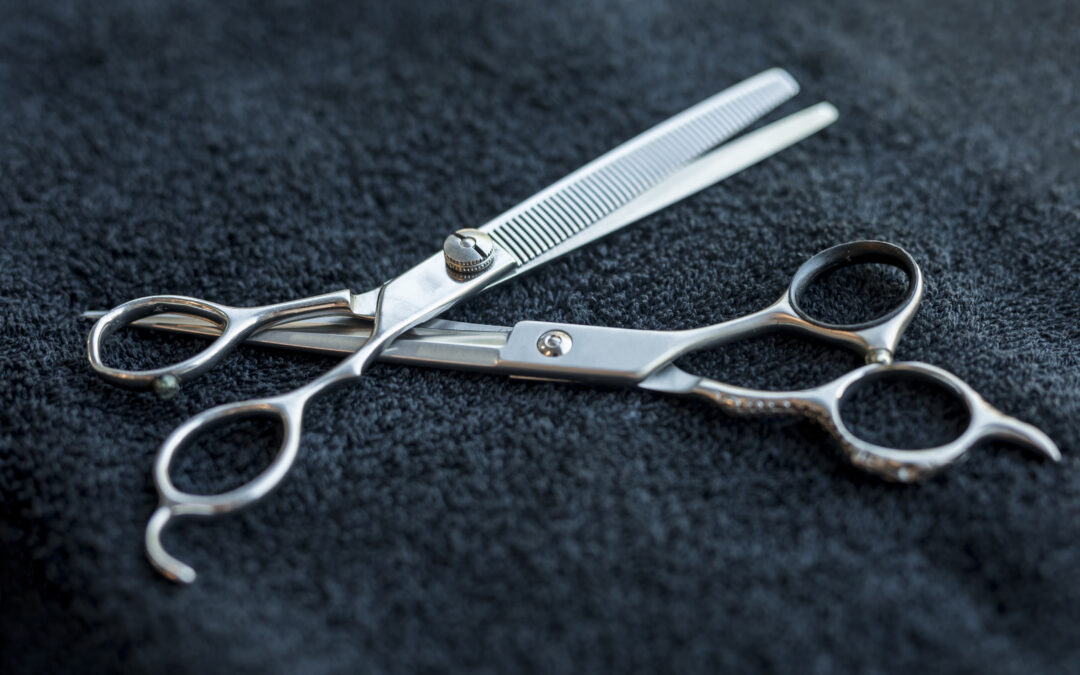 “It’s just hair,” my wife insisted.  She couldn’t understand why I was paralyzed with indecision when the cut was something I clearly wanted. But it wasn’t just hair; it was a landmark decision. It called upon my past and put me on the stand, shining a spotlight on all of the trials where I settled instead of taking a risk. This decision was tied up in years of caring too much about the opinion of others. What’s worse, it stoked my anxiety and depression. After decades of self-loathing, I worried that, if this went wrong, I could find another level of hatred for my reflection.

The mental preparation came long before I told Maggie about my idea. Post-shower, I would bind and clip my hair to the top of my head to resemble the possible result. When I saw my shadow, I would imagine that there was no pony attached. In daily activities, I found moments to put myself into the physical and mental “head” of that woman, the one who made the bold chop. Then came the dream, not surprising since I had been quietly imagining this transformation in my mind’s eye for a while now. Vivid but straightforward, it was the prompt that began an external conversation with a responsive partner.

“I am thinking about cutting my hair. I want to go short, extremely short.” The words exited my mouth, and immediately, I felt exposed; I wanted to press rewind. The quality of her response was going to make or break this. I was at a crossroads, once again, unbeknownst to Maggie, her face, tone, and words represented a guidepost. She quickly responded with confidence, “I think you should do it. Go for it!” The exchange made it real, no longer a fleeting temptation, but a compelling charge.

I scheduled the appointment post haste before angst could interfere, and let my hairdresser know that I wouldn’t require the usual trim. I needed to reveal both my excitement and apprehension, which afforded me a possible pass should I have second

thoughts. To articulate my vision, I searched and shared pics of examples and non-examples: I like this about this, and I don’t want that. It was my best attempt at conveying my wish and controlling the result.

When the day arrived, the butterflies turned to bats as the nerves gnawed at me. I tried to keep busy and distracted until my 3pm appointment. At one point, I held scissors, like a curious toddler, and seriously considered chopping off a large chunk of my hair to force the situation into an inevitable corrective damage clean-up. Opting to remain an adult, I put down the scissors and asked my wife to come with, which left me with no chance of backing out. I have a tendency to shrink in the face of confrontation. Maggie, on the other hand, has never been one to concede; her determination brought me to the door.

Finally, I found myself sitting in that chair. My hairdresser was all smiles and positivity. Her demeanor conveyed confidence as she tied up my long curls to access the first layer of hair. “I am going to use the clippers,” she explained. It was my last chance to change my mind. “I trust you,” I replied. And I meant it.

The buzz of the clippers echoed my nervous energy. With that, the curls began falling to the floor. I imagined this moment dozens of times and attached feelings of grief or sadness. In reality, this was replaced by exhilaration and exuberance. With every swipe, my hair got shorter, and my likeness became more genuine, calling to mind a favorite quote from Dr. Seuss, “Today you are you, that is truer than true. There is no one alive that is youer than you.”

At every stage of the cut, I was reassured by my reflection that I had made the right decision. “Yes,” I affirmed. “This is exactly what I wanted!” Initiating collaboration as we approached the finale, she stopped cutting and let me play with my hair. “Can we go a little shorter?” I asked. After a couple of check-ins, and some reassuring advice, we reached the finish. A jury of three, Maggie, my hairdresser, and I rendered a verdict of delight.

A mound of curls lay on the floor, strands that weighed mere ounces, yet somehow, I felt several pounds lighter. A shearing, it was the only physical evidence of what used to be, the old me, the girl who settled and avoided risk. As we left the salon, my newfound confidence was interrupted by my longtime tenant, anxiety. The demon wasted no time in reminding me that it had ringside seats to the anticipated appeal of my decision in the case of confidence v. opinion of others.

“I did this for me, that’s all that matters. Without question, I feel liberated.” These were my words to Maggie as we drove home. Still, in my heart, I knew it would hurt if and when I faced rebuttal. Cover-ups won’t do. I will see it, in seconds, before utterances and courtesies, expressions will reveal the truth. Withstanding these inevitable trials will require regular confrontations with my anxiety until most friends and family bear witness. This is not a choice, and I resign myself to the fact. Still, I stand by my revision; so be it.

It has been more than a week since my pixie cut. Reflexively, I attempt to remove the elastic from my phantom ponytail, and I chuckle every time. I am enchanted as I drag my fingertips through the unfamiliar tendrils. The landscape is strange and reaches beyond my semblance, a metamorphosis of structure and substance.

Most of my life anxiety, depression, and the related compensations held the gavel. This has not changed as a result of my new do. Let’s be honest, if it were that simple than hairdressers would replace psychiatrists and write scripts for pixies, bobs and such. Nonetheless, this was a power move on my part and one that recruited an underused trait: courage. In these moments, I make a declarative grab for the gavel, albeit with sweaty palms.

Before, my greatest fear was that I might find a new level of hate for my reflection, that I would no longer be able to look in the mirror if this went wrong. Thankfully, my experience has been very much the opposite. My outward appearance was amended, and with it, my gut response to my reflection.

These are the rare moments when I rise from the stale air pocket to see the world through the lens of normalcy. It is a positive peak that reaches above my cyclical, depressive valleys, and anxious plateaus. For a split second, I take kindly to the girl in the mirror. I savor the vista knowing that it is a visit, not a relocation and relax in the zephyr brought about by the courage to trust my gut.

This is not an exaggeration; it is a spectacular scenic view that I happened upon simply because I choose to turn left when I usually would have turned right.